Seth’s Story and his wish

Seth Thomas, a second year medical student at the University of South Carolina School of Medicine was an amazing gentleman who always thought of others first instead of himself. Everyone who knew Seth has a “Seth story.” He touched people in many different ways, and if you ever came in contact with Seth, you are not likely to forget him. He was such an individual who was never concerned with what others thought of him but was always thoughtful of what he could do to serve others. If you have a “Seth Story” and want to share, please go to his blog.

Seth loved and enjoyed every moment of life, and he enjoyed finding out about each person. He had an uncanny memory for details (in medical curricula, people and in trivial information). He came to work at CerviCusco in June of 2017. Seth was fluent in Spanish and the entire stay, the repeated question was “Where’s Seth?” because he was always found speaking with one of the indigenous people in a deep conversation. Seth was truly interested in others, and his wish was to serve them. Seth passed away while hiking in the Bosque Santa Maria, on Mt.Picol located in front of the CerviCusco clinic, on June 23, 2017 at the age of 24. Seth was hiking to see the cross on the mountain. Today there is a cross that the physicians and staff at CerviCusco put on the mountain in his honor. Seth was wise beyond his years.

The students at the University of South Carolina School of Medicine wanted to establish a memorial for Seth in order to fulfil his dream of serving others who are less fortunate. Seth did not want to become a doctor for the lifestyle, but rather, Seth was becoming a physician because it was the best way to serve others, especially the disadvantaged. Seth’s dream was briefly realized at CerviCusco where he practiced medicine while serving impoverished indigenous women. To fulfill Seth’s dream, we have expanded this non-profit so that instead of one solitary altruistic man serving as many people as possible, we want to help as many medical students as is financially feasible to serve the indigenous people of Peru. In this manner, the aspirations of Seth Thomas will live on. 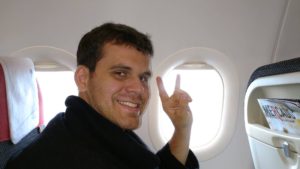 
Donate to the S.E.T.H. Foundation